Drive For Perfection: Teaming Up with Carz Planet and the Blazer’s Al-Furuq Aminu

Back in November of 2017 we had the opportunity to craft content for Carz Planet and Al-Farouq Aminu of the Portland Trail Blazers. Sammy, the co-owner of Carz Planet, was excited about work that we’d partnered with Lake Retreat on for various Nike categories and was wanting something with the same kind of energy and feel for this piece.

There were two big hurdles that we had to navigate in order to pull this off: a very limited budget, and a professional athlete’s schedule. The schedule was a matter of simple logistics, but the budget was (as it always is) a challenge. The typical sports marketing budget is in the tens if not hundreds of thousands of dollars, what could we possibly pull off for a small fraction of that while still making Chief look like the total badass that he is? 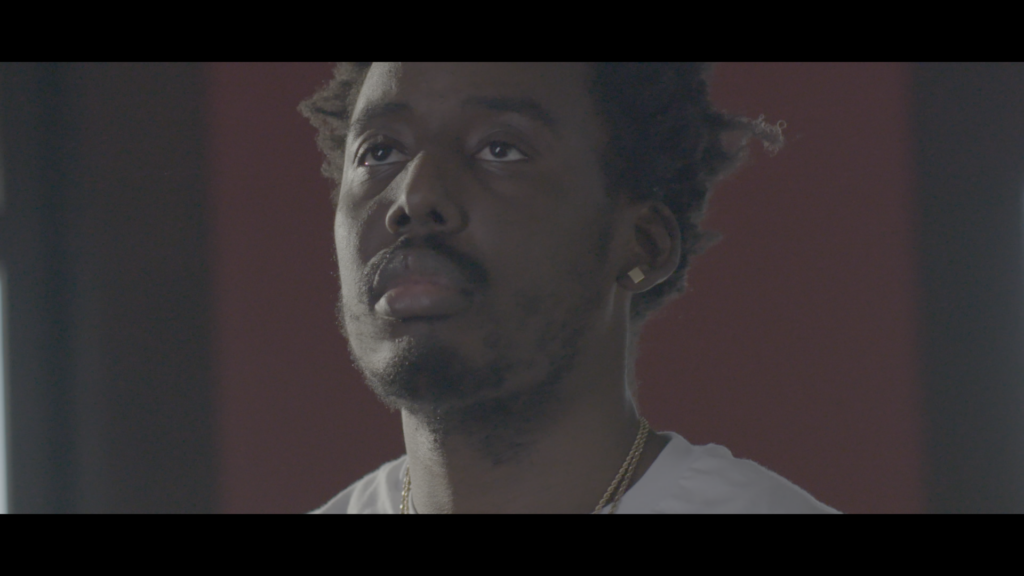 As with all of our projects where the budget is tight, we take stock of what resources are available to us for free. What do we already have in our back pocket? Aminu and Sammy are successful, connected people, so they were our first avenue for elevating the production value. We had tricked-out cars, one of the best basketball players on the planet, and eight hours to shoot something… what could we do?

Concept came to us quickly. We wanted to steer away from ads with athletes where they were forced to act and have extensive lines. We wanted to show Aminu’s human side, what was he like when he let his guard down? After spending only a few minutes with him it’s obvious that he is a grounded, humble, and mature person. He is almost stoic in the way he carries himself, but when someone cracks a joke and his whole face lights up it’s easy to see his charming side. That’s what we wanted to show, but how did we get there? 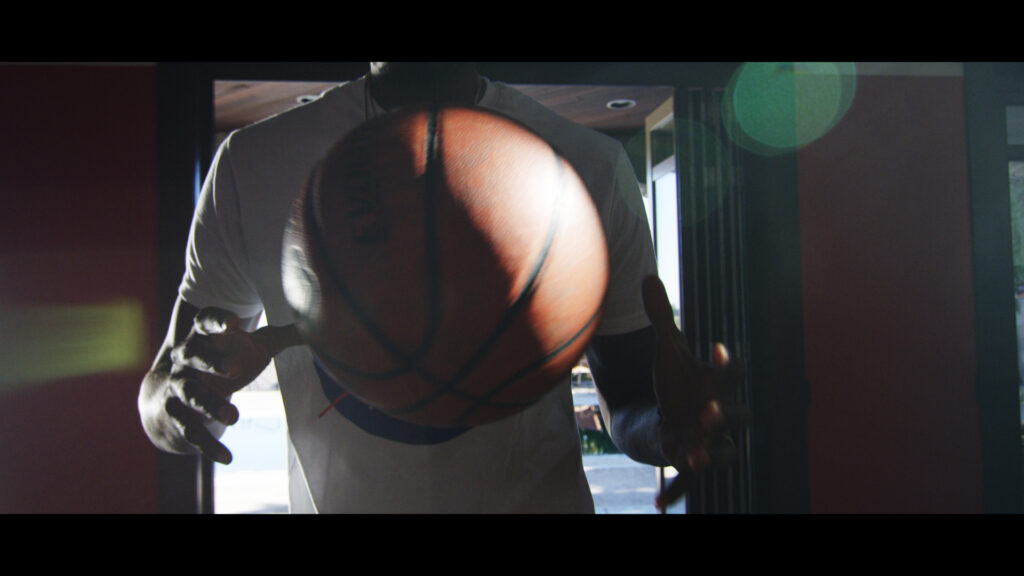 The first script involved Aminu driving around in his custom Jeep (a key element of the ad), talking about his life, personal philosophy, basketball, Portland, and Carz Planet. Intercut with that would have been sequences of him practicing on the court, walking through the Rose Garden (never Moda Center), spending time with his family, etc. We wanted to show the many sides of Portland: the modern urban landscape of the Pearl district, the forested hills in the west, the proximity to Mt. Hood and the coast. In the end we decided it was just way too much to accomplish with Aminu’s availability and that we would have to really narrow the scope of the piece in order to pull off something successfully.

While we were nailing down the concept, one of Sammy’s contacts hooked us up with our gym location. They were lifelong friends with a number of former Blazers and had a private court that was decorated with a Blazers motif but didn’t have any actual Blazers branding which was key (Carz Planet doesn’t have the rights to display Blazers branding in association with his deal with Chief). It was perfect. We called in our crew and set a date with Aminu. 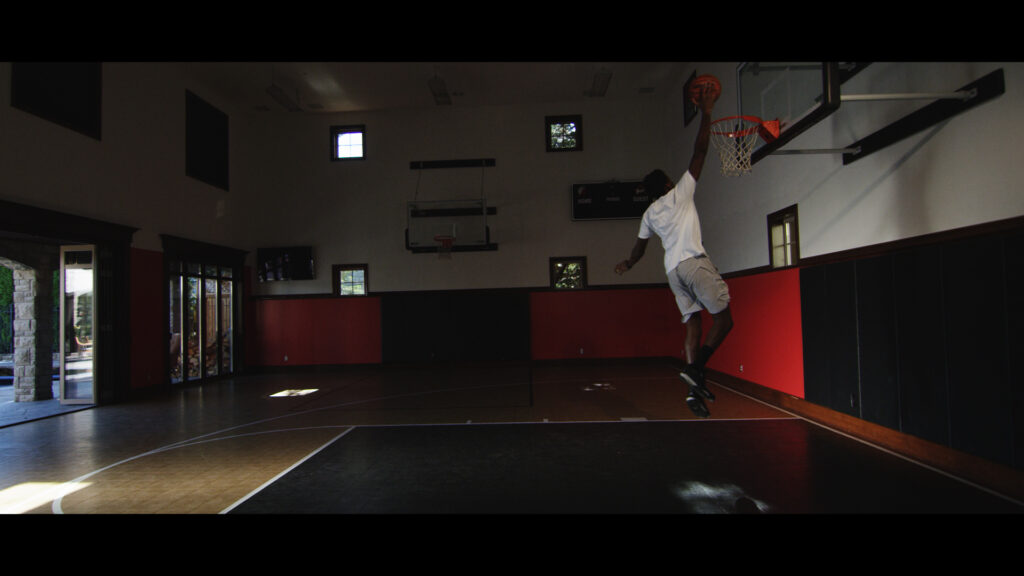 With the elements that we could bring together on such a tight budget lined up, it dictated concept to a degree. We had the dealership, the gym, and Chief for a day. We decided to focus on spending a few hours getting basketball footage at the gym and then moved to the dealership to get the Carz portion of it later in the day. With a skeleton crew and about three lights we’re pretty proud of what we were able to accomplish.

In between moving the show from the gym to the dealership I had a few minutes to sit with Chief and pick his brain. We were looking to get past the stoic facade and get a little insight into what makes him tick. My first impression was that he is one humble dude. His immigrant family’s story is incredibly inspiring and the work that he does back in Nigeria with his foundation [name of org] is laudable. The similarities between Al Farouq’s family history and Sammy’s mother’s are many and it’s easy to see why the two young superstars in their fields connected so fast. Their relationship obviously went beyond a simple business opportunity, I think they saw a lot of themselves in each other. We didn’t end up using this content but we are looking forward to telling that part of their story in an upcoming piece.

At the end of the day, even with our tiny team and very limited resources, we left with two very happy and excited clients. After sharing dailies with them they were blown away by how much we could do with so little, something that I’ve come to consider one of our super powers. Even though we didn’t make much money, these are the projects that get us excited: clients that are hungry to do something fun and different, superstar talent, and a story that goes beyond the surface glitz, glam, and consumerism that’s so easy to focus on. 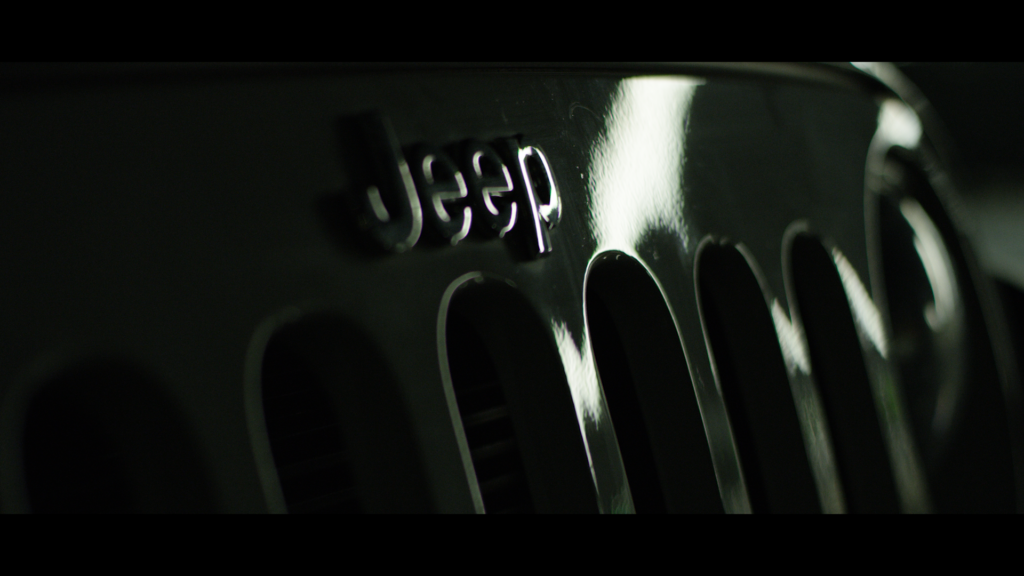